Group B streptococcus (GBS), also known as group B strep, is one of many different bacteria which live inside your body. About a third of us has GBS in our gut without even knowing it. This bacteria is normally found in the vagina and/or rectum of about a quarter of women. If you do, you won’t know it’s there, as GBS doesn’t have any obvious symptoms.

GBS bacteria can be passed from you to your baby during labour but this doesn’t usually cause problems, and most women who carry GBS bacteria have healthy babies. It is thankfully only in rare cases that GBS can cause serious illness and, even more rarely, the loss of a newborn baby.

Though it’s unusual, GBS is the most common cause of severe infection in newborns, particularly in the first week after birth (early onset infection).  If you are carrying GBS, you won’t necessarily know, because there aren’t usually any ill-effects. There is a test available for GBS, but it’s not routinely carried out in pregnancy due to concerns about its reliability.

You may discover that you have GBS by chance, when you have a vaginal swab taken to check for something else. GBS test kits can be bought privately, but many experts don’t recommend these because GBS comes and goes, so a positive test early in your pregnancy doesn’t mean you’ll still have GBS at your baby’s birth and a negative test doesn’t necessarily mean you won’t have GBS at a later stage.
Among babies, there are 2 main types of group B strep disease.

For both early and late-onset group B strep disease, and particularly for babies who had meningitis, there may be long-term consequences of the group B strep infection such as deafness and developmental disabilities.

Some pregnant women are at higher risk of having a baby with early-onset disease. The factors that increase risk include:

Most babies exposed to GBS before or during birth are healthy and suffer no ill-effects.  It isn’t clear why some babies develop an infection, while others don’t. What is clear is that most GBS infections in newborn babies can be prevented.
If you are in a high-risk group, you can have antibiotics via a drip that a doctor or nurse will put in a vein in your arm. This will be either from the start of your labour or from when your waters break, whichever comes first, and until your baby is born.

Caesareans are not recommended as a method of preventing GBS infection in babies. That’s because having a caesarean doesn’t eliminate the risk of GBS being passed on to your baby.  GBS may also cause you to have a uterus infection or urinary tract infection (UTI).

If you have been affected by GBS in a previous pregnancy, or are carrying it in your current pregnancy, talk to your midwife or obstetrician. You can then discuss a birth plan that includes steps to protect your baby from the infection.

If you have GBS in your current pregnancy, a hospital birth will be recommended, so you can have antibiotics if you need them.  Your pregnancy will then be managed so your baby is as protected as possible.

Women who are group B strep positive can breastfeed safely. There are many benefits for both the mother and child. Your baby is not at risk of catching GBS from breastfeeding, so there is no need to change your plans if you intend to breastfeed your baby.

Cervical Cancer is the most common female cancer in developing countries, with approximately 500,000 new cases and 250,000 deaths each year. In Nigeria, it is thesecond most frequent cancer in women, after breast cancer. Around the world, a woman dies of cervical cancer every two minutes. Women in developing countries suffer disproportionately from the burden of cervical cancer and account for over 80% of cases. Ada Ezeokoli and Chioma Thomas of the Nigeria Health Watch team recently visited a cervical cancer screening project run by the Society for Family Health in Nyanya, Abuja, to learn about the work they are doing to improve the awareness and treatment of this silent killer amongst women.

Cynthia sits quietly with a group of other women at Saffron Hospital in Nyanya, an outlying annex to the city of Abuja. The women are waiting for a nurse to check their vitals and do some paperwork before being ushered into an adjoining room where a doctor and two other hospital personnel are waiting to conduct a simple screening test that will tell if a woman has changes in her cervix that may dispose her to cervical cancer (Cervical pre-cancer). Some of the women, clutching small children, look around nervously. Cynthia however is calm. She is not here to be tested. She has already been diagnosed with cervical pre-cancer and is undergoing cryotherapy treatment, which involves using a cold probe to freeze away the abnormal cells. Until recently, a service like this would not have been available to Cynthia in Nigeria.

END_OF_DOCUMENT_TOKEN_TO_BE_REPLACED

In an article written by Ndidi Chukwu for Health Reporters, The World Bank Group’s Board of Executive Directors have approved a US$500 million International Development Association (IDA) credit to significantly improve maternal, child, and nutrition health services for women and children in Nigeria. By improving access to higher quality health services, the new development financing will help Nigeria to achieve its “Saving One Million Lives (SOML) Initiative,” which was launched by the Federal Ministry of Health in October 2012 to save the lives of the more than 900,000 women and children who die every year in Nigeria from largely preventable causes. “Saving One Million Lives is a bold response from the Nigerian government to improve the health of the country’s mothers and children so they can survive illness and thrive.  This, in turn, will also contribute to the social and economic development of Africa’s largest economy,” said Benjamin Loevinsohn, a Lead Health Specialist and Task Team Leader for the new project.

END_OF_DOCUMENT_TOKEN_TO_BE_REPLACED 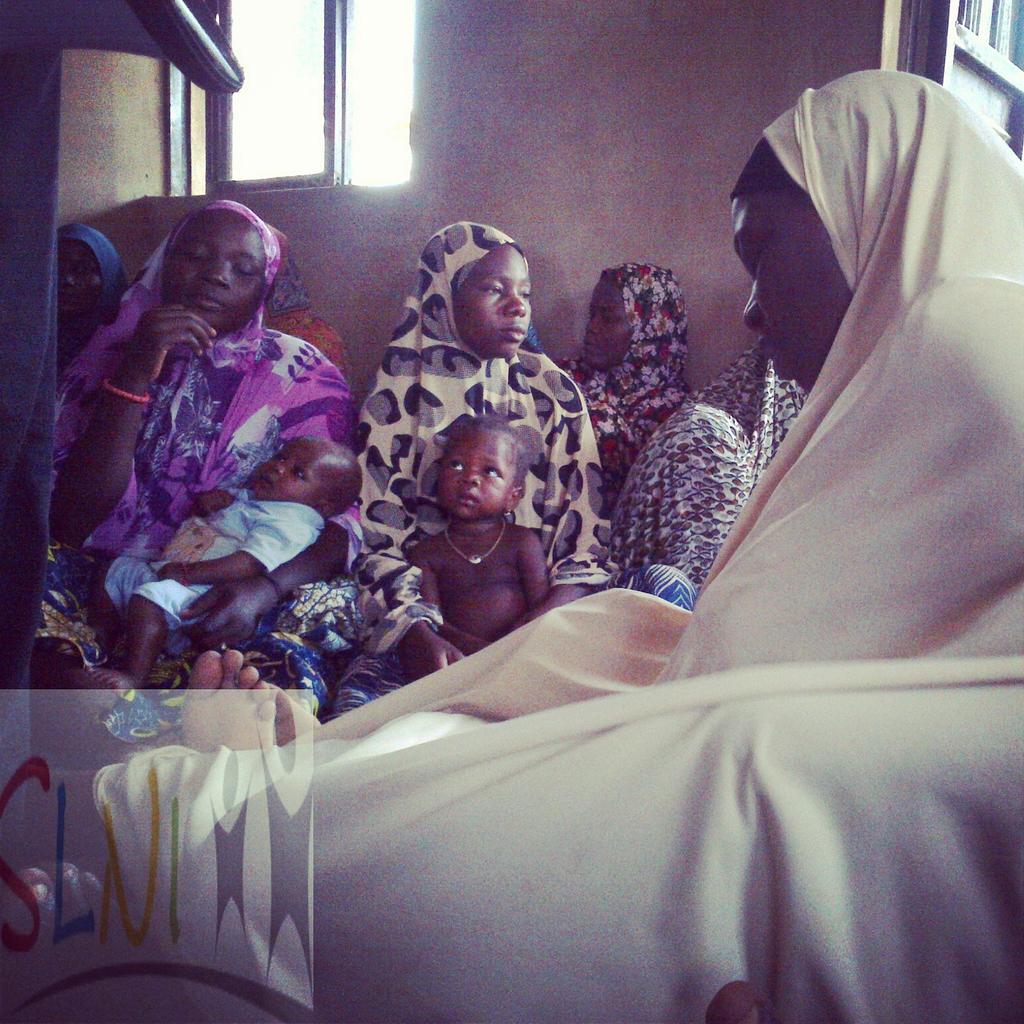 It is no longer news that Nigeria is a peculiar country, a nation with huge human and natural resources, and whose diversity of peoples and internal geographies is a blessing. Sadly, it is also not news that the country represents at least 10% of the global maternal mortality burden, with a currently estimated maternal mortality ratio (MMR) of 487 per 100,000 livebirths (as at 2011). However, the well thought-out targets of the Ending Preventable Maternal Mortality (EPMM) Working Group present the country with an unprecedented opportunity to change the tide, improve livelihoods for its women and families, and aim to eliminate preventable maternal mortality within a generation, harnessing the right tools and interventions, at the right scale and quality, as well as building on the success factors in the chase for the Millennium Development Goals (MDGs), including the harnessing of a burgeoning private sector and surging political will for improved health outcomes for women, families, and communities.

Based on the EPMM Working Group targets, the proposed MMR target for Nigeria is ‘less than 100 per 100,000 livebirths by 2035, with country-specific milestones, with the expectation that Nigeria will cross one milestone within every 5 year interval.’ For Nigeria, I humbly recommend that the country-specific 5 year interval milestones be context-driven on a State by State basis, given that Nigeria has 36 States, with one Federal Capital Territory (FCT, Abuja). While the federal government provides strategic guidance and robust supportive frameworks for implementation of reproductive, maternal, newborn and child health (RMNCH) interventions for the entire country, the infrastructural and health systems challenges of Nigeria, as well as the resources available to mitigate these challenges, are mainly State-driven. More so, because of the vast population and heterogeneity of Nigeria, as well as the strategic importance of the country to the attainment of global goals, I wish to strongly recommend that the EPMM Working Group sets State-by-State targets, working in partnership with the Nigerian Federal Ministry of Health, and governments of all the 36+1 States.

A State-by-State framework must not shy away from the interconnectedness of States, and the virtual nature of geographic borders, especially because of the very mobile nature of Nigerian women and families, as well as unavoidably shared natural resources, for example. To this end, there should be significant cooperation and sharing of insightful knowledge, under the leadership of the Federal Ministry of Health, and with the assistance of NGOs, CSOs, bilaterals and multilaterals. In this manner, Nigeria presents a window of opportunity to show the world a model that works to eliminate inequities to the last mile, helping to reach global set goals and targets for maternal mortality ratio (MMR) reduction.

The adoption, last year, of the Maternal Death Review (MDR) surveillance mechanism, at the National Council on Health (NCH) meeting, marked a watershed in the history of Nigeria, as it demonstrated a readiness for evidence-based policy frameworks that will mitigate Nigeria’s huge maternal mortality burden. This policy adoption is being followed through with full vigour. Even more recently, the Presidential Summit on Universal Health Coverage promises a new guiding light for the elimination of inequities and barriers to access to healthcare, especially at the primary healthcare level, where the key to unleashing tremendously scaled-up interventions, to save the lives of mothers and children, exists.

Non-profit targeting vulnerable members of the society -Women and Children. Addressing Education, Healthcare and Empowerment through community outreach and partnership with Orphanages. Our Women only support group -Pearl Acts, caters to women living with HIV/AIDS.